What happens when long working hours becomes too much to bear? In the late of 2015, Japan had a massive wake up call when a young 24 year old female worker at one of Japan’s biggest advertising firm committed suicide. The issue caught a lot of attention as many government labour officials attributed her death to the excessive working hours.

What resulted from this incident was an official statement of apology from the company and the resignation of the company’s chief executive over the issue. The death also stirred an awareness in Japan surrounding the issue of long working hours and overworked employees. This also propelled the passing of a legislation in Japan this June, on the newly imposed overtime work limits. 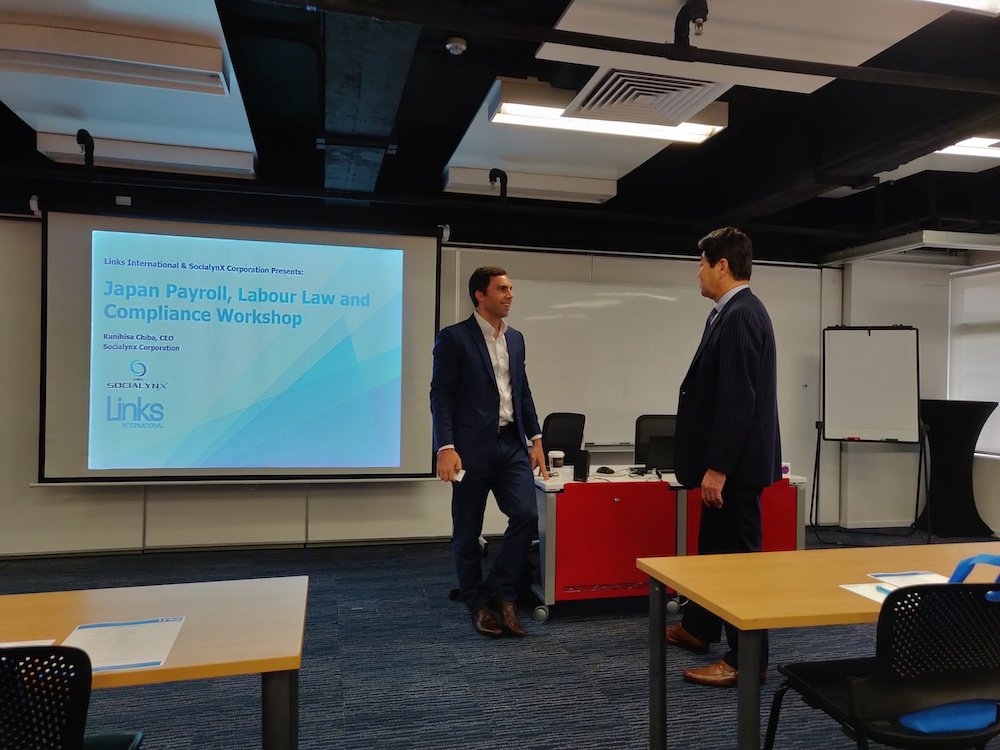 This was one of the many topics we discussed in the Links’ Japan Payroll, Labour Law & Compliance workshop held last weekend in both Singapore & Hong Kong. In a recent poll, a surprising 68% of participants showed that they were interested in learning about labour law & compliance. Among the many locations across Asia-Pacific, many were interested in knowing more about the complex regulations and labour reforms taking place in Japan. As a result, Links invited Kunihisa Chiba san founder and CEO of Socia-lynx Corporation to speak on the topic.

The aim of this workshop was to provide a basic understanding to HR leaders in Singapore and Hong Kong about the complexity of payroll and ongoing movements in Japan’s workforce and labour law. In line with the evolving views surrounding working conditions in Japan, one of the highlights from our workshop was on the recent cap on overtime work and regulations surrounding Japan’s long working hours. 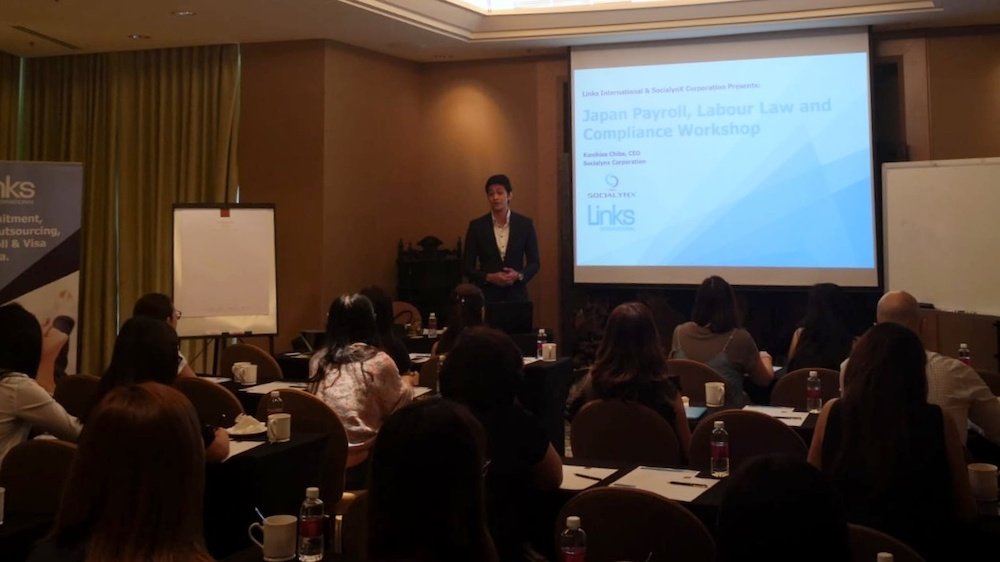 The bill passed in June was focused on putting penalties on companies that violated the overtime work limit, an effort by Prime Minister Shinzo Abe to improve the working condition in Japan. The cap limited overtime work at 100hr/month. This regulation was part of a greater effort to improve the working conditions and hours of employees around Japan. Adapting to the transforming style of work in Japan, the new law also aims to protect the growing population of “non-regular” workers. The new regulation is directed towards eliminating discrimination between temporary contract, part-time, and full-times employees.

So what makes this different for businesses and what do they have at stake in violating these new regulations? While previously, employees had little to no motivation to fight back unjust treatment from large corporations, new regulations seek to equal the playing field. Alongside new regulations, there is also a change in behaviour with Japan’s Institute of Labour Law being more responsive to employees and imposing severe penalties when rules are violated. 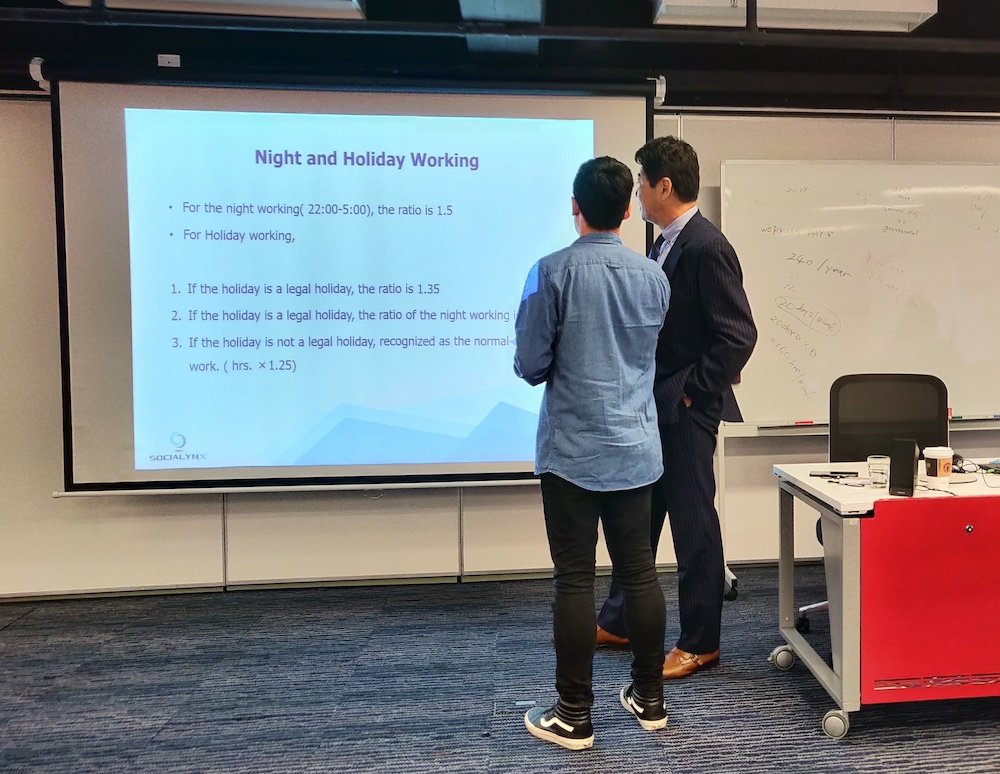 Aside from penalties, businesses violating new regulations also run the risk of being blacklisted. To further encourage companies to comply to new regulations, Japan’s labour ministry is calling out entities that continues to exploit their workers despite warnings by the authorities.

While the list had always been open to public through regional labour bureaus, May of 2017 marked the first time when a nationwide blacklist was released through the central government website.

In light of these new regulations on overtime work in Japan, the challenge for companies will be in defining the boundaries of work and how overtime is measured, especially with the changing working styles, now permitting work-from-home benefits.

Why Many Japanese Corporations Outsource Their Payroll

As Japan’s HR and labour laws catching up, putting more focus on providing workers with better working hours and overall conditions, the weight will be placed on HR professional as local payroll, insurance, and tax calculations become more complicated. During our Japan Payroll, Labour Law & Compliance workshop, Chiba san gave example on how overtime regulations impact the calculation of tax and payroll, as well as the importance of setting up the right foundations, such as the employee handbook defining regular working days as well as the agreed upon legal holiday.

Due to the complex nature and constantly evolving labour rules and regulations, much of Japan’s payroll is already outsourced. Instead of committing an entire team, dedicated solely on the delivery of payroll, many major corporations in Japan are opting to outsource their payroll to payroll outsourcing vendors such as Links so their core HR function can advance into providing higher HR strategy. To focus on talent management and improving overall employee engagement, having HR address the growing concerns of labour shortages through implementing work-style reforms.

Links International is an industry leader in innovative HR outsourcing with services such as payroll outsourcing, visa application, Employer of Record (EOR), recruitment and more! Contact us for more information on how we can help leverage your HR function.